Miho Konishi, ALG’s Lighting Director, appeared as a moderator in the webinar “The author of ‘Haruka no Hikari’ reads out ‘The future lighting’” organized by Japan International Association of Lighting Designers on May 14th.

In this webinar, we welcomed Mr. Koichi Yajima, the scriptwriter of “Haruka no Hikari” (broadcasted on NHK E-TV), an original TV drama based on how a famous lighting fixture brings “light” into the lives of characters.
We talked about “the form of happiness” that is being reexamined in the age of the new normal, and what “light” is an important element of that form of happiness, using episodes from the drama. 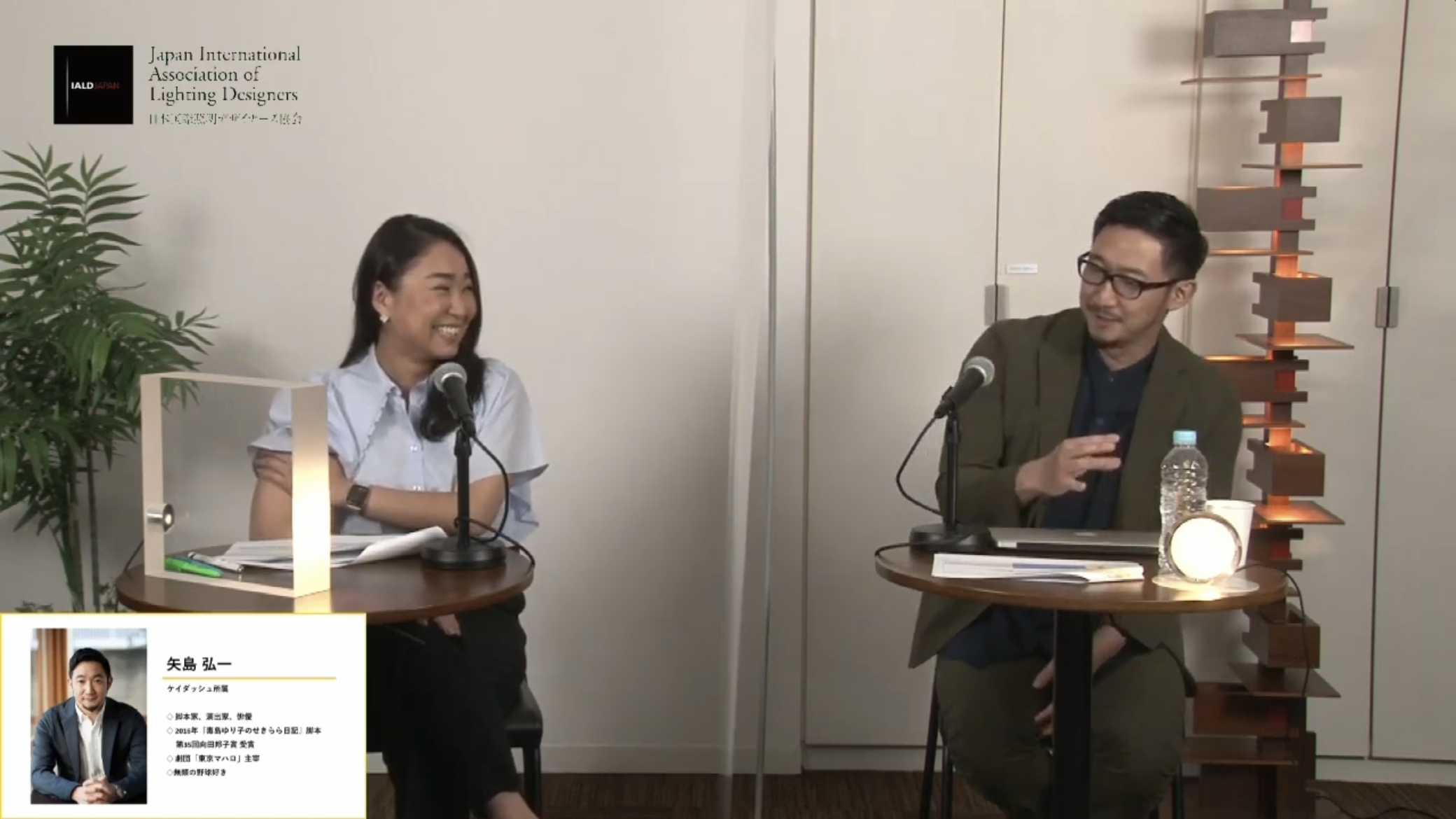 [Masterpiece lighting drama “Haruka no Hikari”]
A five-episode original TV drama that aired every Monday from February 8 to March 8, 2021 on NHK E-TV. The main character Haruka (Yuna Kuroshima), who is fascinated by “light” works at a specialty store that collects masterpieces of lighting, and the story describes how “light” is brought into the lives of the characters.
Rebroadcast: From May 28, 2021
Re-Rebroadcast: From June 2, 2021

German/Japanese Conference on Sunlight and Health; Effects of Light on Health from Infants to Old Age